Surrounded on three sides by the River Nene, Oundle is a beautiful stone built market town that has served the surrounding valleys since Saxon times. The town centre has many fine stone houses over 300 years old, divided by narrow alleys and courtyards, above which the graceful spire of the parish church rises. Founded in the 14th-c. the church has a 15th-c. porch and fine period screen work.

Oundle private school was re-endowed in 1556 by William Laxton, the town's grocer who eventually became Lord Mayor of London.

One of the most interesting old inns, the Talbot Hotel, was rebuilt in 1626 with stone and fittings from Fotheringhay Castle, the scene of the execution of Mary, Queen of Scots in 1587. It is believed that the imprint of a crown, on the dark polished wood of a stair balustrade was made by the ring on Mary's finger as she gripped the rail for support on her way to the block. Little now remains of the castle, except for a mound which lies next to Fotheringhay Church, about 4 miles north-east of the town.

There was once a well in Oundle, from which could clearly be heard a drumming noise at certain times. The beating of the drum was said to portend some great event. It was heard before the deaths of Charles II and James II. The well has now vanished but is commemorated in the name of Drumming Well Lane (behind the Talbot Hotel).

One mile to the east is the small village of Ashton, home of the renowned World Conker Championships.

Things to do in Oundle

Oundle has a quaint old market place full of bespoke shops, two tea rooms and a number of traditional old pubs that serve good food. There is an interesting and lively market on Thursdays, where you can buy fresh bread and local produce. A Farmers' Market is also held on the second Saturday every month.

The small museum in the former Courthouse at the top of Mill road, provides interesting displays about Oundle's history from the prehistoric to modern times, including many exhibits from Roman, Saxon and Medieval periods.

Oundle is an enjoyable place to walk through. There is also a footpath along the River Nene that takes you to the old mill at Barnwell, which incorporates an excellent restaurant. Next to which is Barnwell Country Park, a nature reserve containing many interconnecting lakes at the side of the river, perfect for walking, feeding the ducks or fishing. 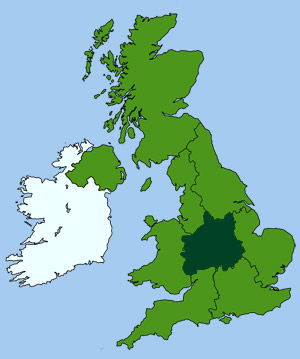 Towns and Villages in Northamptonshire